We are very excited to announce the release of new TCommander Bot version v0.0.28.0 including the following features: Group Raid Strategy to define raid strategies for an entire farm list at once, sound alarms when any of your village is under attack. Also the User Interface has been improved to benefit those users with larger monitors.

Group Raid Strategy has been added

Defining raid strategy for the entire list at once instead of defining a strategy for each farm allows you to save a lot of time while adjusting raid settings. Furthermore, this way you can focus your strategy depending of which farms has been added to the list as a group.

For example, let´s say you searched and added farms around you with population no more than 100 inhabitants. Now you can define raid settings with lower amount of troops since you know your farms are small villages. Or if you added farms that are very far away from you then you can choose to raid only with cavalry troops to reach target in less time.

Imagine that you can define a raid strategy specially for oasis farms list, or a special strategy for Natars farms list. This is a very powerfull and smarter way to manage your farms. Now you can really focus in strategy and TCommander Bot will do the rest.

For more details about defining your raid strategy for a farm list, follow this manual: Raid Strategy

Sound Alarms has been added

Now you can hear a sound alarm when any of your village is under attack. Sound Alarms is enabled by default and can be enabled or disabled in Account Settings sub-window. You may see the following Alarm sub-windows when sound alarm is ringing: 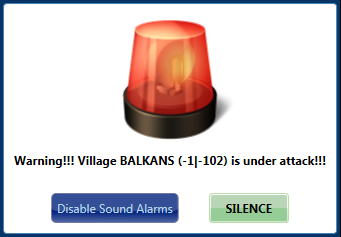 User Interface layout for larger monitors has been improved 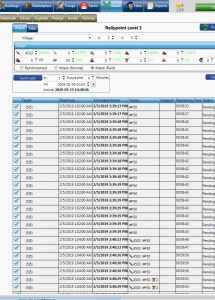 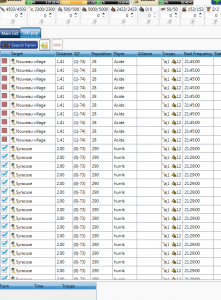 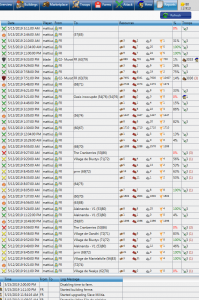 Also in Farms List screen, we added a draggable splitter bar between Farm List section  and Incoming Attacks section and Reports section to allow you to shrink and/or stretch each section:

This is a good feature that lets you see more farms or more incoming attacks and reports when you drag it up or down respectively.

We are hard working to make the best bot ever seen.