Dear players, after long time, finally we are releasing a new version v0.0.40.9 with new features and important changes. Lately we have been working hard to make the bot undetectable since certain game servers has been detecting TCommander Bot very quickly.

We take bot security very serious and our top priority is to make the bot undetectable. That is the reason of why we have been delaying the development of additional features. In this post we will share the details of new features, fixes and what you should do to avoid bot detection with the current version. 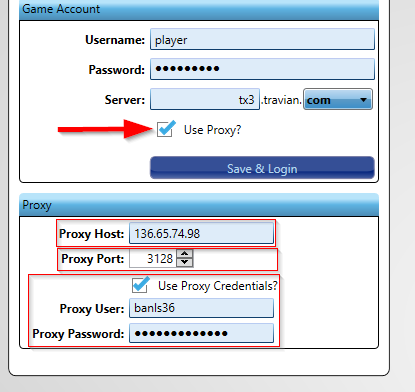 Now you can export and import all bot settings (buildings queues, marketplace routes, troops training, farms lists, reports and all bot settings) to a zip file which can be ported to another PC in case you need to switch PC and keep using the same game account or in case you want to simulate dual accounts:

How to avoid bot detection for this version of TCommander Bot

We are very sorry for all our users who have been banned for using travian bot. Since game servers have been improved to detect our bot, we are still working on improvements to avoid bot detection. After we finish to improve all the features of the bot to make it safe and undetectable again, we will provide 3 months free license for all our users who paid a license and got banned with TCommander Bot.

At this moment with current version of the bot v0.0.40.9 only certain features can be used safely without being detected:

The rest of the features have not been fully tested yet and should not be used until we finish improvements and testing to avoid bot detection.

We will be releasing the rest of the features gradually to be used safely and you will be notified as soon as they are ready.