Scheduled Attacks feature allows you to plan your attacks to send troops at specific date and time. This amazing feature can be used to combine multiple attacks and conquer villages while your enemies are sleeping or plan attacks with your alliance members. This feature can also be used to defend your allies and make sure your defensive troops arrive before the attack strikes the target village.

We suggest you first to read previous manuals to make normal attacks and fake attacks before using schedule attacks feature.

In the following image you may see all options to make a scheduled attack: 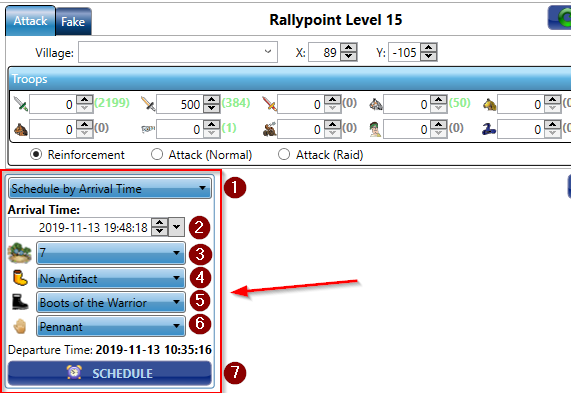 Once all options are set, Departure Time is calculated automaticaly and you are ready to push “SCHEDULE” button to add the attack to the list of scheduled attacks:

“Schedule by Departure Time” has same options as Schedule by Arrival Time. The only difference is that you must define the departure time that you want to send troops, so TCommander Bot will be able calculate and show you the exact arrival time. 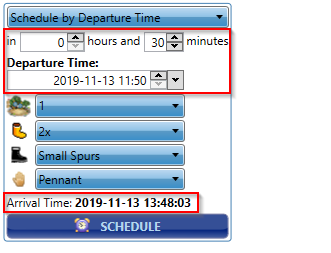 You have two ways to define Departure Time:

The grid has the following columns:

The failure is not an error or bug of TCommander bot, it depends of the situation of the server. The possible reasons of failure are: